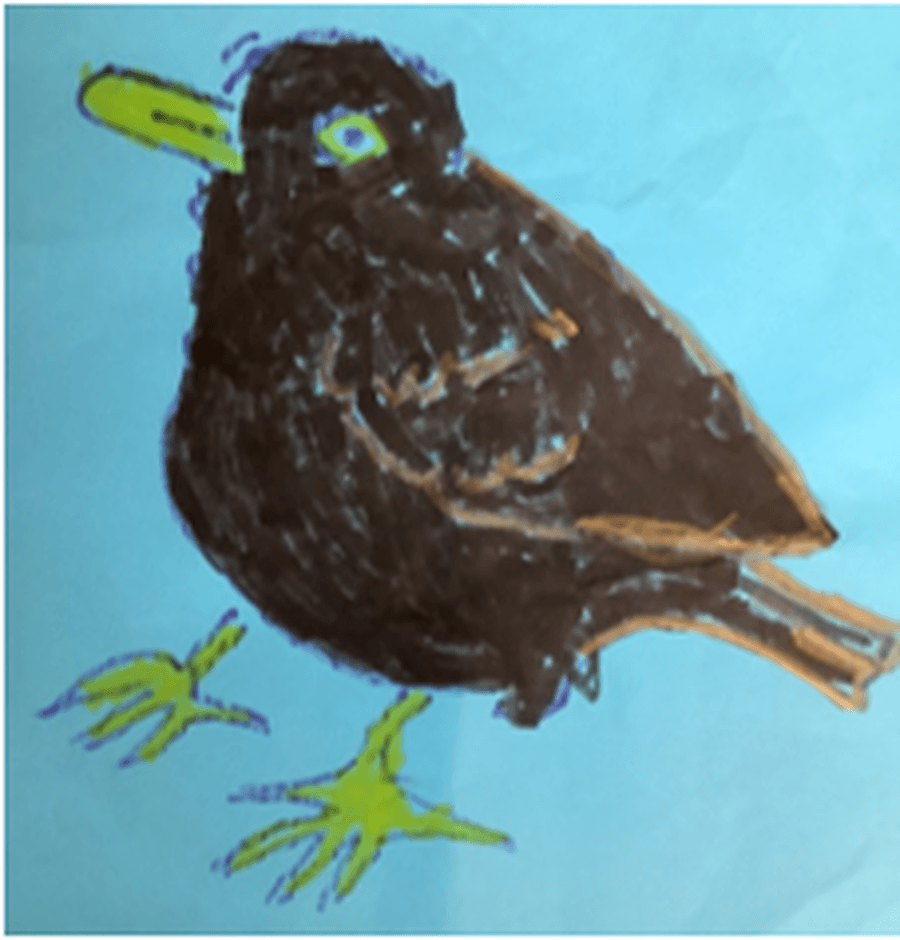 In Early Years this week we have been discovering the story of Creation. In Little Lennie's the children have looked at contrasts - light and dark shapes and shades. They have talked about different animals and learnt about those who live on the land, those that fly in the sky and those that swim in the sea. The children have linked their learning to what they do during the daytime and at night time. We have particularly enjoyed using the torches in our tent, making footprints with paint and singing about the days of the week. In Blackbirds class our Reception children have learnt about the sun and the moon. Our focus had also been on retelling skills and sequencing, looking at the correct order and how stories make sense. This has been linked to counting and estimating too. The children's interest with painting led to some wonderful colour mixing which developed through a challenge - paint something green, orange or purple with only red, yellow and blue paints. Towards the end of the week, the children used what they had heard about the story of God's creation to create some 'wonderful world' pictures. A very busy week with lots of learning for all.

We have had a wonderful first week back in Early Years! In Little Lennie's the children have shared the story of 'Harry and his bucketful of Dinosaurs.' We have listened to music and moved like dinosaurs. We have painted dinosaurs and explored which dinosaurs were frozen inside ice eggs! We have named and placed items in buckets just like Harry had his dinosaurs in a bucket and used the words 'empty' and 'full.' In Blackbird's we have read the story of 'Harry and the Dinosaurs go to school.' We have learned new daily routines and smiled every day. We have talked about feelings and drawn faces to show how we can recognise how others are feeling. We have learned three dinosaur rhymes off by heart, shared non-fiction books to find out more about dinosaurs. We have used words such as herbivore, carnivore, erupting, volcanos, meteors and we even made our own erupting volcanoes in our outside classroom! We have decided that we would like to carry on with our learning about dinosaurs next week by making a small world from the Cretaceous age! We can't wait to carry on learning next week! Well done everyone!

We use necessary cookies to make our site work. We'd also like to set optional analytics cookies to help us improve it. We won't set optional cookies unless you enable them. Using this tool will set a cookie on your device to remember your preferences.

Necessary cookies enable core functionality such as security, network management, and accessibility. You may disable these by changing your browser settings, but this may affect how the website functions.